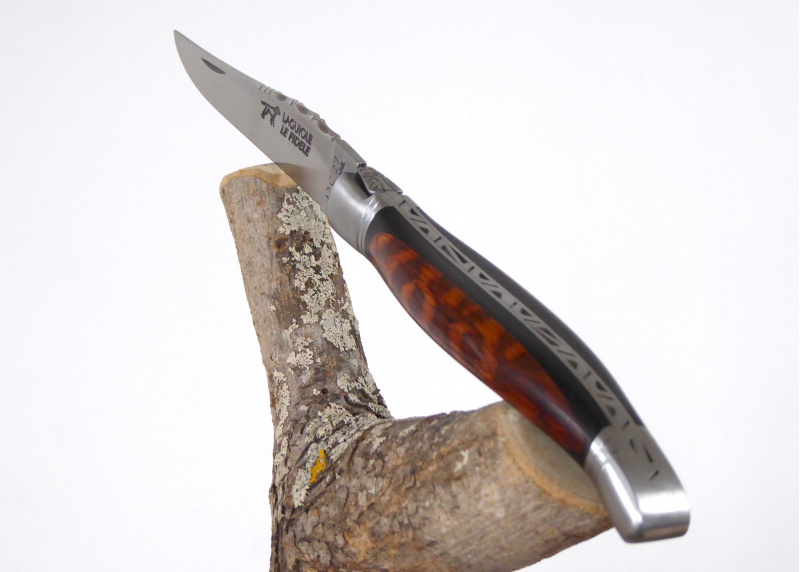 Ebony is found in tropical regions and has been known since highest Antiquity for its deep black wood.
At the time of the pharaohs, ebony was already used for the manufacture of tiny precious objects of all kinds, many examples of which were found on opening the ancient tombs.

Ebony belongs to the category of precious wood species. It mainly comes from Mali, but it is also found in Ghana and Togo.

Due to its exceptional hardness, the diminutive size of the tree, its density and its relatively high price, objects crafted in ebony are very few and far between.

Ebony is traditionally used to make piano and harpsichord keys, and sometimes even for the tuning pegs on cellos and guitars. Some splendid examples of chess sets belonging to seasoned collectors have black pieces made out of ebony and white ones made out of box.

To give a gift of a Laguiole knife with an ebony handle is to give away a treasure and a slice of eternity. Ebony is a species of timeless quality and durability!