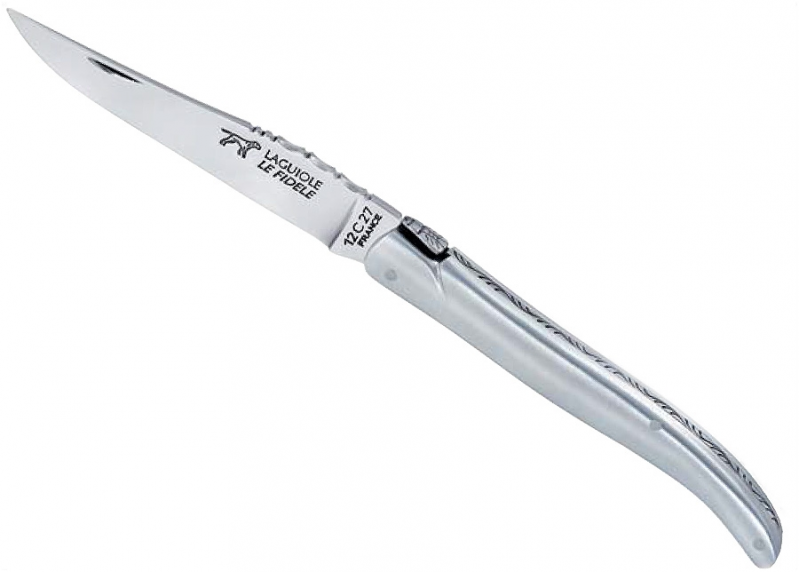 Raw material of the handle : aluminium

Aluminum is a chemical element, with the symbol Al and the atomic number 13. It is a poor, malleable, silvery metal that is notable for its resistance to oxidation and low density. It is the most abundant metal in the earth's crust and the third most abundant element after oxygen and silicon; it represents on average 8% of the mass of materials on the solid surface of our planet. Aluminum is too reactive to exist in its native state in the natural environment: on the contrary, it is found in combined form in more than 270 different minerals, its main mineral being bauxite, where it is present in the form of hydrated oxide. from which the alumina is extracted.

Alumina is extracted from bauxite which is crushed and then hot attacked with soda. A liquor is obtained which, after separation of the oxides of iron and silicon, is sent to decomposers for precipitation of the alumina.