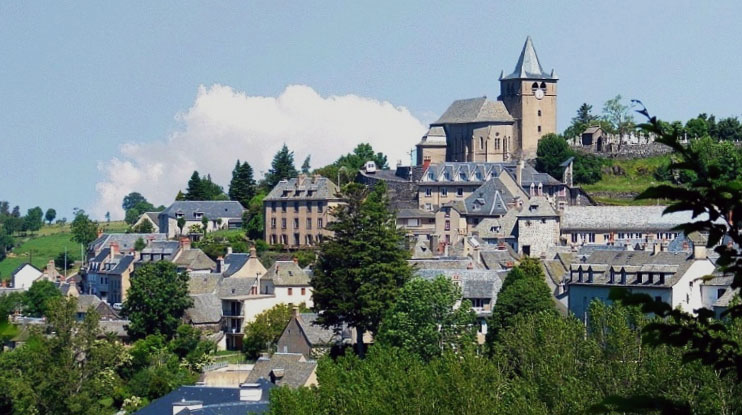 The village of Laguiole, famous for cheese and knives, is locked in a bitter legal dispute involving tradition against trademark

The French village of Laguiole in the Midi-Pyrénées is famous for cheese, and for the manufacture of France's most famous knives of the same name. In the past, this has always been a matter of pride for the village's 1,200 residents. Now, they are engaged in a bitter chicken-and-egg-style legal battle over who owns the rights to the name.

The row over the Laguiole has pitted local identity against international business, tradition against trademark, and seen the Laguiolais, as they are known, tear down their village sign and march to Paris. "Our name no longer belongs to us, so what do you want us to do with this sign?" the mayor, Vincent Alazard, asked a crowd of cheering protesters.

Villagers are furious after losing a court battle to reclaim the rights to the Laguiole name from a company based in the Paris region which has registered it as a trademark. They have accused the firm of stealing their heritage and, worse, applying the village name to cheap products from China.

Inflamed by passions invoked by the idea of terroir – a profound Gallic notion of the land with its geography, geology and qualities – they want France's socialist government to introduce rules for regional products similar to the Appellation Controlée regulations that apply to French wines.

On Monday, jJunior government minister Sylvia Pinel went to Laguiole on Monday to mediate in the long-running dispute.

"The world Laguiole has been kidnapped. It has been stolen from us," said Michel Bras, who runs a Michelin-starred restaurant in the village.

"It is very easy to ride on the backs of people who made sacrifices, who made the most of what little they had, to establish the name of this area. These people have been swindled by someone who does not know the place."

The origin of the Laguiole knife, which emerged in the early 19th century, is arcane. Some say it started with a folding knife, with a bone, wooden or ivory handle, others that it was a fixed knife. What is not disputed is that manufacture of what is now the most famous Laguiole, a steak knife with its metallic insect motif – a bee or a fly – started in the village of the same name.

In 1993, businessman Gilbert Szajner registered Laguiole as a trademark and began licensing its name for other products, including table linen, corkscrews and lighters, imported from Asia. The Laguiolais still have the right to make and market Laguiole knives, but not other products. If they want to diversify, they have to pay Szajner to use the name.

In September, the local council lost a legal fight to annul the trademark on the grounds that it could lead to consumers being confused about the origin of products. The court ruled that the knife was better known than the village and that Laguiole knives had become a generic product not necessarily linked to a particular place.

Emmanuelle Hoffman-Attias, a specialist trade lawyer, said the court had "judged the Laguiole knife had entered into current language" and decided it was "the object that was famous, not the village".

However, she added that separate attempts by private businesses to register Courchevel, the ski-resort, and Saint-Tropez, had been refused as a misappropriation of an already famous name. 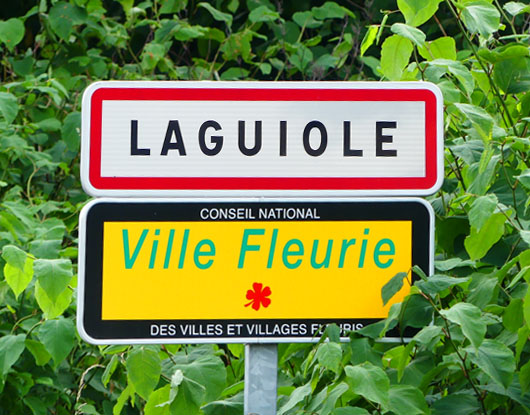 Thierry Moysset, director of the Laguiole Foundry, the largest of a dwindling number of cutlery makers in the village, is furious. He would like to expand his range of products, but cannot. "I'm trying to generate jobs here but the law forbids me from doing it," he said. "It is a crazy situation."